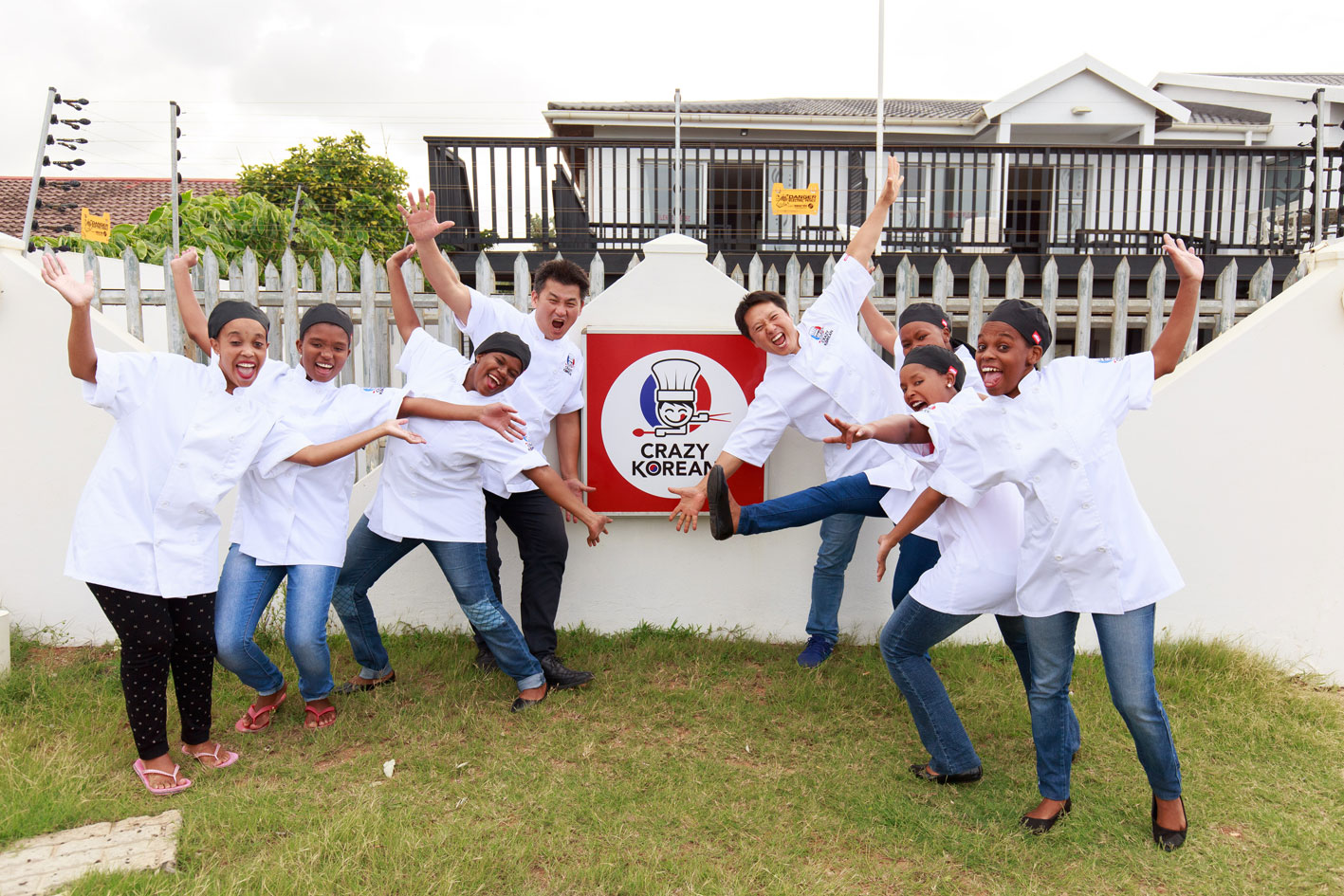 I was enjoying my first taste of Korean food, at Glenashley-based restaurant, The Crazy Korean. The first course was a Pajeon, followed by a meatless Dol-sot Bi-bim-bap.

The pajeon was a pancake about the size of a small dinner plate filled with spring onion, carrot 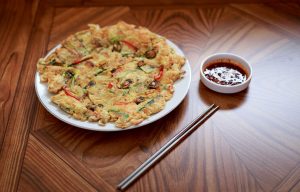 and tomato. On the side was a small bowl of dipping sauce, deep red in colour, and adorned with pale sesame seeds. The vegetables had a crisp freshness about them and the sauce was mildly sweet. My husband and I easily polished off the dish and eagerly awaited the next one.

This was, as mentioned, a Dol-sot Bi-bim-bap which was delivered 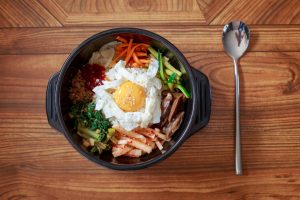 to each of us in a gorgeous black, sizzling pot. The julienned vegetables were all neatly placed in sections on top of the rice – courgette, carrot, spinach – and on top of them was a raw egg yolk. The look was so bright and appealing I reached for my camera to take a photo. But before I could click away the staff had urged me to mix the yolk into the rice and vegetables while the pot was still sizzling.

When I dug in (with the chopsticks), every bite was a different taste sensation. The egg yolk mixed through had the effect of moistening the entire dish and it glistened as I ate. It’s hard to describe the freshness, crispness, yet perfectly cooked texture of the vegetables.

When I spoke to co-owner of The Crazy Korean, Natasha Lee, she explained that the key to the vegetables was in the preparation. ‘Our chef,’ said Natasha, ‘says that the vegetables have to be sliced in such a way as not to bruise them. This is integral to the taste.’ 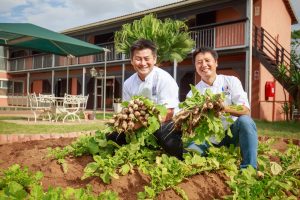 KJ & The Crazy Korean Chef in their veggie garden

How interesting. Also interesting was the restaurant’s very healthy looking vegetable and herb garden in the grounds. The array looked fine indeed, no small feat, I think, when you are as close to the ocean as The Crazy Korean is.

Back to my being a vegetarian. That resolve unfortunately waned when the third and final dish arrived – the Bul-go-gi Jeon-gol. This was a beef dish cooked with glass noodles (made from potato starch) and vegetables right in front of us. Each table in the restaurant was equipped with a sunken gas cooker. The cooker was switched on and the food stirred over the heat for a few minutes. The beef just fell apart while we watched. It had been marinated in a gal-bi sauce and pleased my sweet tooth.

Apart from the healthy, tasty food, I also enjoyed the eating experience – from sharing with my husband, to the ‘live cooking’, to the polite staff. Owner, KJ Lee, was a helpful and interesting host, passionate about introducing South Africans to Korean culture through food.

Posted in Culture, People & Community, Umhlanga Rocks - Things to do