The George Leads the Way

February 21, 2018 | Umhlanga Tourism | Comments Off on The George Leads the Way 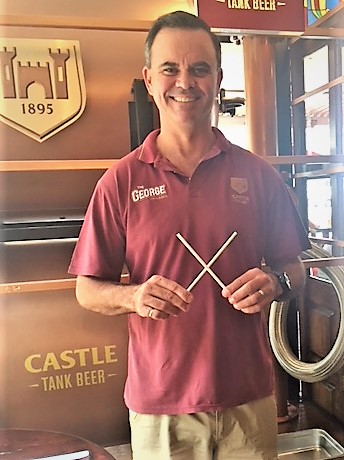 Pete Ely has had enough. When his young daughter came home from the beach after swimming with plastic (not sea creatures) one too many 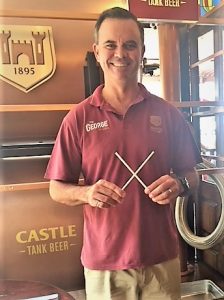 times, Pete decided that The George had seen its last (plastic) straw. The proprietor of one of Umhlanga’s best-known pubs has banned plastic straws and polystyrene take-away containers from the bar/grill hub in Chartwell Drive.

The popular hangout regularly went through 1000 plastic straws per week. Since the ban that number has reduced to around 200. And the straws that are used are made of paper, not plastic. ‘We no longer serve drinks with straws,’ said Pete. ‘If customers want one they have to ask and we give them paper straws.’ Pete pays almost two-and-a-half times more for the paper straws than he did for the plastic ones. ‘But,’ he says, ‘it’s an expense I’m prepared to take on right now; if more people come on board the paper straw supplier will drop its prices.’

A lot of the battle of switching from plastic to renewable substances is a mindset. ‘We are discouraging the use of plastic bags to carry take-aways in and the public don’t always understand this,’ explained Pete. Initially, though, Pete will concentrate his efforts on educating staff. Two of his staff have studied Marine Biology and will next week give a presentation to the other George staff on the importance of responsible eco-behaviour.

In time Pete will extend his focus to paper and glass and his next step is to approach South African Breweries to see if they will reduce the plastic packaging on six-pack beers.

Peter Rose of Umhlanga Tourism was delighted with Pete’s initiative. ‘My vision,’ said Peter, ‘is to make Umhlanga the first town in South Africa to be free of single-use plastic.’ For now The George is leading the way.