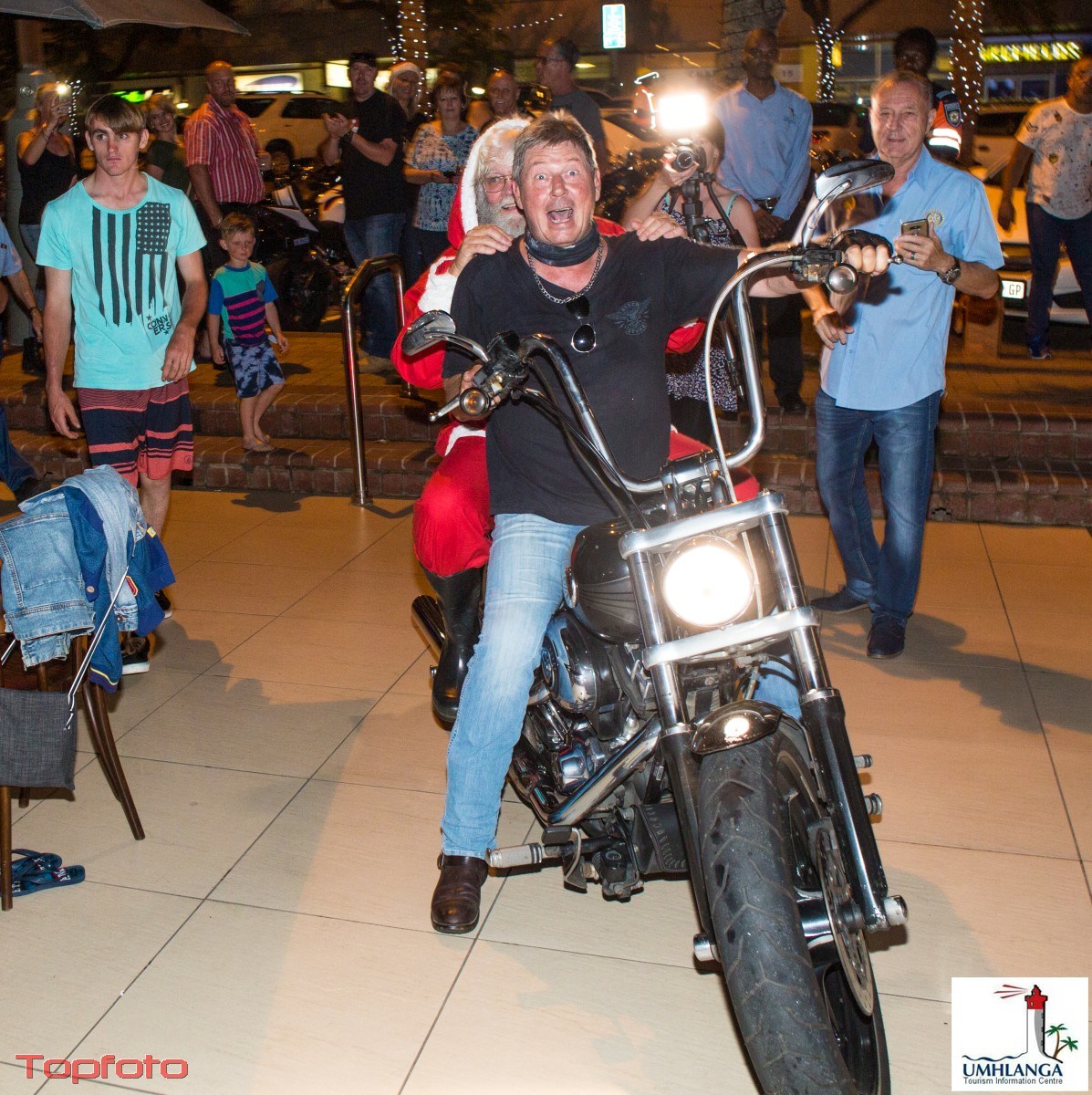 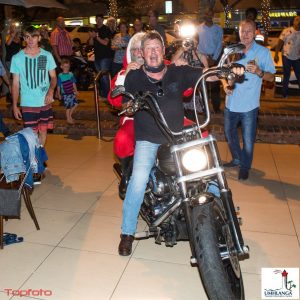 What a wonderful evening was had by all at Granada Square in Umhlanga on 20 December. The occasion? Umhlanga Tourism’s Carols by Starlight. Sandwiched in between rainy days, Wednesday the 20thwas calm and sunny, perfect for this family outdoor event. About 600 people fitted comfortably into the square and sat patiently waiting for proceedings of this, the 13th Umhlanga Tourism Carols event, to begin.

Shelley McLean arranged a wonderful mix of entertainment including: a funky break dance team called Survivors Dance Crew; a sensational singing star, 12-year-old Fazlyn Naidoo; a junior and senior choir who performed a number of Christmas songs; gentle saxophone and piano recitals by Calli Thomson and Kirsty Van der Linde; and cheerful audience interaction by singers Marion Loudon and Leigh Meyer. Spot prizes, and a craft table for kids made for good fun, before the real highlight of the night: Santa Claus arriving on a Harley. Escorted by a pack of shiny, rumbling motorbikes, Santa was brought through the crowds right to the front – much to the delight of restaurant patrons who saw Santa roll by.

The atmosphere was lighthearted and most enjoyable. And, best of all, Rotary Umhlanga, headed up by Rob Hay, was on hand to collect the 400 to 500 gifts that were donated by the attending crowds. Thank you everyone! 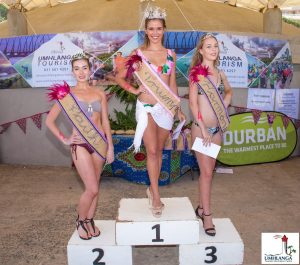 Miss Umhlanga 17 years and over 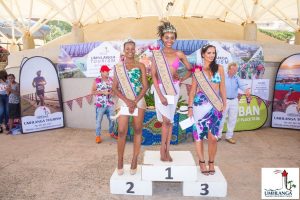 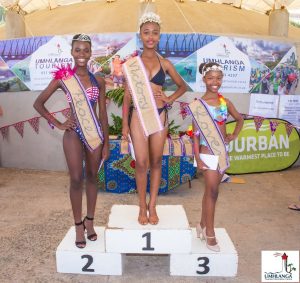 Carols Under the Stars was one of the headline events of the Umhlanga Tourism Summer Festival. Others were: the Miss Umhlanga held on 16 December and the Trail Run on 17 December. The weather for the beauty pageant, like the Carols, was favourable and was simple, happy and very well-run. Winners in the 12 to 16 year age group were: Snothando Dluliso (3rd), Yandiswa Hlatshwayo (2nd) and Amahle Mgenge (1st). The 17 years and over category title went to: Samantha Fuchs (3rd), Aimee Robinson (2nd) and Kirsty Motzouris (1st). The popular Moms category was awarded to: Janine Prinsloo (3rd), Tracy Torz (2nd) and Kelly Moyah (1st). Miss Personality was the deserving Wilma McKenzie and Queen of the Day the vibrant young Amahle Mgenge. 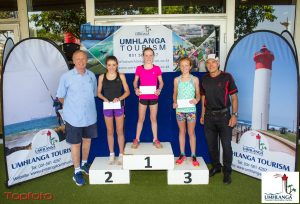 The day after the Miss Umhlanga dawned cool and overcast, perfect for a trail run from Sibaya Casino. Approximately 350 runners/walkers of all ages enjoyed themselves in three race categories and winners walked (or hobbled) away with cash prizes. 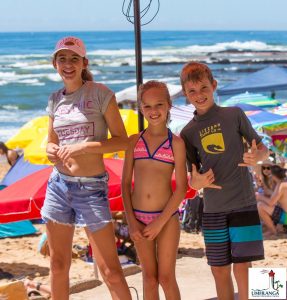 the beach on several days of the 10-day Umhlanga Tourism Summer festival which ran from 14 to 23 December, but when the sun came out so did the crowds. On these occasions families were kept entertained on the Millenium Stage with a variety of fun games and competitions.